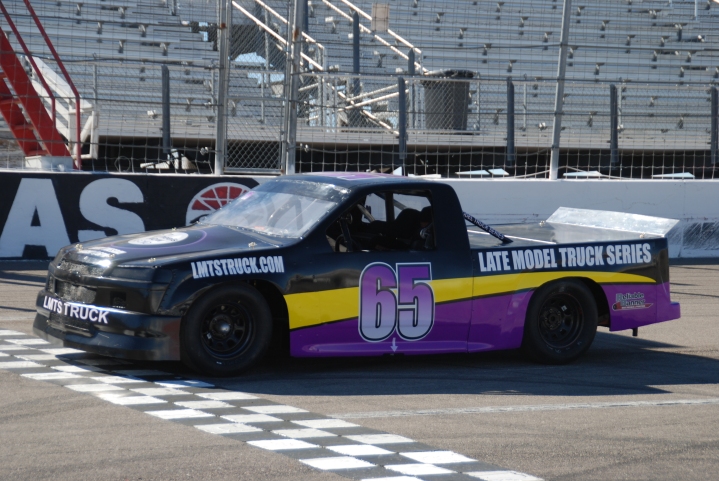 LAS VEGAS – The start of the Late Model Truck Series’ 2018 season has been re-scheduled for Saturday, Aug. 25.

The trucks – which have a long history in short track racing in the southwest – were scheduled to be part of the racing action at The Bullring at Las Vegas Motor Speedway on Saturday, June 2, but were unable to open their season due to last-minute cancellations. Series organizers Mike Riefler and Gary Wyatt are planning to schedule a make-up date for the cancellation, and that will be announced in the coming weeks.

“We’re disappointed that we were unable to open our season June 2 at The Bullring, but are optimistic about our future dates,” said Riefler, a longtime Bullring competitor. “This was our decision and was not the track’s call. We encourage everyone to spread the word about the Late Model Truck Series and would like to thank all of our supporters and sponsors. We look forward to a great season.”

In addition to the Aug. 25 race on Back to School Night, the LMTS will race at the 3/8-mile Bullring during on Pack the Track Night on Sept. 22. From there, the series moves on to The Speedway at Willow Springs International Raceway in Rosamond, Calif., on Oct. 13, and is tentatively scheduled for Havasu 95 Speedway in Lake Havasu City, Ariz., on Nov. 10.