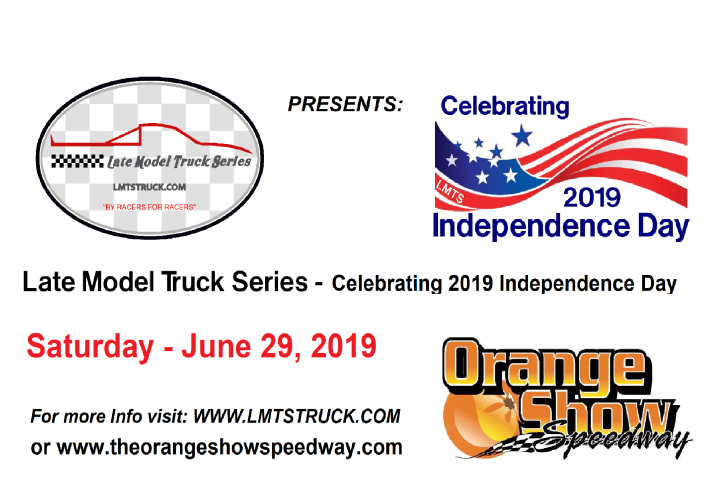 The 2018 points champ heads into this weekend’s race with a five-point lead over Andrew Porter, 117-112, with John Nahoopi six points back in third. Pat Petrie enters Saturday’s event in fifth place, while Bill Black – who won the LMTS season-opener at Havasu 95 Speedway on March 23 – in sixth and Lee Keach holding down seventh place after making his way to the winner’s circle at The Bullring at Las Vegas Motor Speedway on April 20.

“We can’t wait to get to San Bernardino for our third race of the season, and it has been an exciting year for the Late Model Truck Series so far,” series co-manager Mike Riefler said. “Gary Wyatt and I have been blown away by the racing in our series in 2019, and the points battle is shaping up nicely. Orange Show Speedway is a great track, and we are thrilled to bring our series to another top-notch quarter-mile.”

This weekend’s race is the third of seven LMTS events scheduled for 2019, and the season will culminate on Championship Night at The Bullring at LVMS on Nov. 23. The LMTS also will visit The Speedway at Willow Springs in Rosamond, Calif., and Havasu 95 Speedway in Lake Havasu City, Ariz., this year.