LAS VEGAS – Mark Allison has his eyes on the prize, and it’s now within reach.

The reigning Late Model Truck Series champion will bring his 2019 points lead into the season-ending event – the West Coast Short Track Championships – this Saturday night at The Bullring at Las Vegas Motor Speedway as he looks to secure his second consecutive series title. The Las Vegas driver holds a 365-326 lead over John Nahoopii heading into Saturday’s 35-lap feature, where he’s looking for his third victory of the season.

The LMTS feature will be part of a full night of racing that includes a 150-lap SPEARS Southwest Tour Series $10,000-to-win race, a 75-lap SPEARS Modified Series and a Jr. Late Models race that will have two 35-lap segments. Gates open at 2 p.m. PT, and racing begins at 4.

“It’s been a great 2019 season so far, and Gary Wyatt and I can’t wait to finish our seven-event racing season at The Bullring in Las Vegas,” series co-manager Mike Riefler said. “Mark Allison has been a great champion for our series this year, and it will be exciting to see if he can go two-for-two this weekend. We expect a great turnout, and we look forward to putting on a show for the fans.” 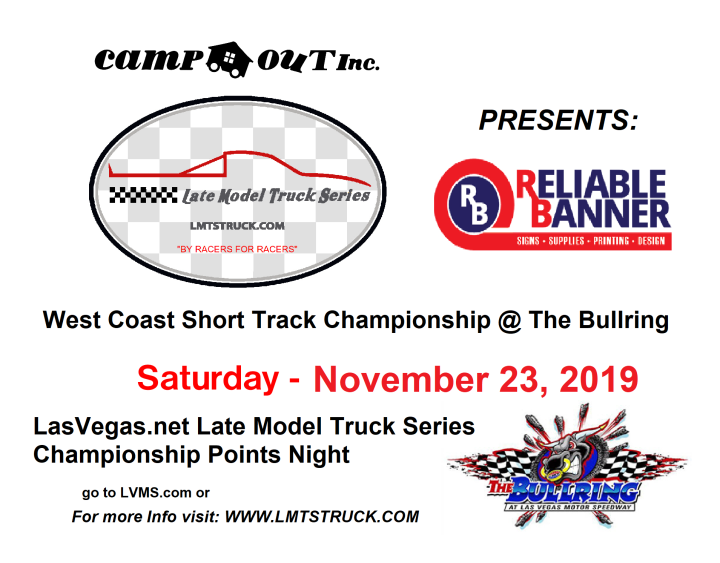